“I hear those voices that will not be drowned” – Aldeburgh Poetry Festival.

Posted on November 13, 2014 by Pedalling Poetry

Oh the dread and joy of getting what you wish for! When I saw through StAnza‘s blog that the Poetry Trust, which runs the Aldeburgh Poetry Festival, was looking for a new Director, my whole self rushed towards it like a sea. But of course, I also found myself looking back – to the very precious land I would have to leave, full of friends and love and music, wildness and mountains, islands and lochs. As the child of an English mother and Scottish father, born in London but brought up in Scotland with an English accent from the age of 7, I have always felt conflicted as to where I belonged. Now I am clear – I belong everywhere there is poetry.

Being at the 26th Aldeburgh Poetry Festival was like a homecoming, and also like the greatest adventure away from home. Hearing poetry from Zimbabwe, Brazil, Germany, South Africa, America, Zambia, Australia, England, Scotland, and Wales in the same programme was wonderful. Highlights for me included Kathleen Jamie reading, unusually for her, from unpublished works which brought to life the incredible journey of revolution that has been lived by everyone in Scotland over the past year. They included the beautiful words of Zambian-born, Zimbabwe-raised poet Togara Muzanenhamo, who writes in English. They included the warm music and sisterly dance between Brazilian poet Adelia Prado reading in Portuguese and her translator, the American poet Ellen Doré Watson. They included the bravery and power of Hannah Silva‘s cross-disciplinary feminist performance, Schlock!, the sharpness and rightness of young Kayo Chingonyi‘s poetry and social criticism, the brilliant Tom Pickard with his songs and poems coming from the “tradition of disobedience” in Newcastle, and Karen McCarthy Woolf‘s heart-achingly good performance. Finally, meeting the new poets chosen for the Aldeburgh 8, and a crazy and lovely coincidence involving Helen Mort, took me from 7th heaven to an 8th and 9th I hadn’t even heard of.

As many will have seen, Helen Mort deservedly won the Fenton Aldeburgh First Collection prize this year for ‘Division Street‘, published by Chatto and Windus. This was a particularly happy coincidence for me, as last year I won a pamphlet competition judged by Helen Mort with a ten-poem proposal. Poetic justice in the fullest sense of the word, you might say – especially as I can assure everyone I had nothing to do with the judging or selection of the Fenton-Aldeburgh prize! Strange circles of completion.

A major highlight was the breakfast discussion on poetry and disobedience, with Finuala Dowling, Thomas Lux, Robert Seatter, Tom Pickard and Hannah Silva (Tom Pickard did not make good on his threat to demonstrate the principle by staying in bed). It tuned out that disobedience is innate in most poets, and comes out at an early age – a fair percentage of the panel admitted to childhood pyromania. I knew I wasn’t the only firestarter to turn to words when they took away the matches.

The beauty of the festival lies in the fact that it is a continuous conversation between poets and audience (also full of poets, editors, publishers, poetry lovers) over the weekend that we are all together, made up of readings, craft talks, masterclasses, discussions and in process interviews. Poets attended each others readings and talks, and by the time I reached the beautiful retreat where we tuck away the Aldeburgh 8 group to reflect on all this input, and use it to inform their own work under the mentorship of founder Michael Laskey and Peter Sansom, everyone was speaking to the experience like old friends.

The beauty of Suffolk has been a wonderful surprise of these past few visits – the wildness and power of its seascapes, its huge, changing skies, and the fact that a very flat county can actually be full of mystery, with roads weaving woods and rivers and, yes, even hills, together in a magical tapestry, as my kind hostess, Tamsyn Imison, pointed out. The reedbeds round Snape Maltings seem to whisper with the voices of the past, which made them a suitable place for the Unforgettable Voices exhibition at the Dovecote Studio – so moving, like a memorial ought to be, voices of poets who had read at Aldeburgh, now deceased, echoing in a beautiful room smelling of wood.

There was also of course much carousing and celebration, lead by the brilliant Creative Director Dean Parkin and magician/Festival Manager Jo Leverett, who thank the stars are staying on to help me in this transition, and have made me feel incredibly welcome. I will have many enduring memories of the festival: one will be ourselves, with the hardworking Mary Smyth and the enthusiastic Amy Wragg, and miscellaneous poets, slapping the table and singing “is everybody ‘appy? You bet your life we are!” – lead by Dean.

Pulled between the sun rising over the sea and the setting moon as I walked on the stony shore of Aldeburgh that last morning, I felt as if the current Director Naomi Jaffa has given me a rare and precious thing, crafted lovingly by herself and others for decades; unique and beautiful as the sea-gifts I held in my hand. A delicate responsibility, and an incredible blessing.

A sadness was missing the voice of Jen Hadfield, who was stranded on Shetland by bad weather, though this took a strange turn when I was asked to read one of her poems in her place, and the Poetry Trust took the opportunity to announce me as the new Director. Apparently the Poetry Society were impressed by the fact that I came onstage in a leather jacket and almost the first word out of my mouth was fuck. (It was Jen Hadfield’s word not mine, from the poem “Saturday Morning” in her new book, ‘Byssus‘.) We then had the wonderful Helena Nelson up to fill the rest of the slot, to the delight of my seven-year-old twins, who loved her work, and asked for more. I also took the opportunity to lead a cheer for Naomi Jaffa, who has led the Poetry Trust for more than twenty years, built the Aldeburgh Poetry festival into the incredible thing it is today, and taken it to its new home in Snape Maltings, in partnership with the wonderful Aldeburgh Music, founded by Benjamin Britten. (Words from his opera ‘Peter Grimes‘, its libretto adapted by Montagu Slater from the narrative poem by George Crabbe, form the first part of this article’s title, and are inscribed on a shell sculpture on wonderful Aldeburgh Beach, by local artist Maggi Hambling).  Naomi also swore onstage at a later attempt to acknowledge her leadership and achievements, asking that we all “shut the fuck up and listen to some poetry” – fitting words to end on, I think! 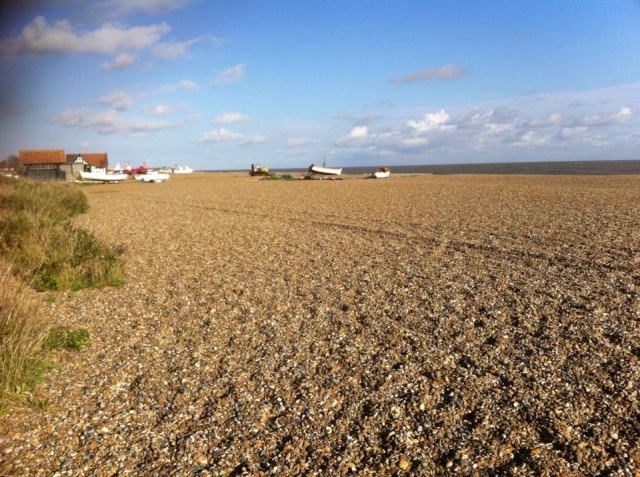 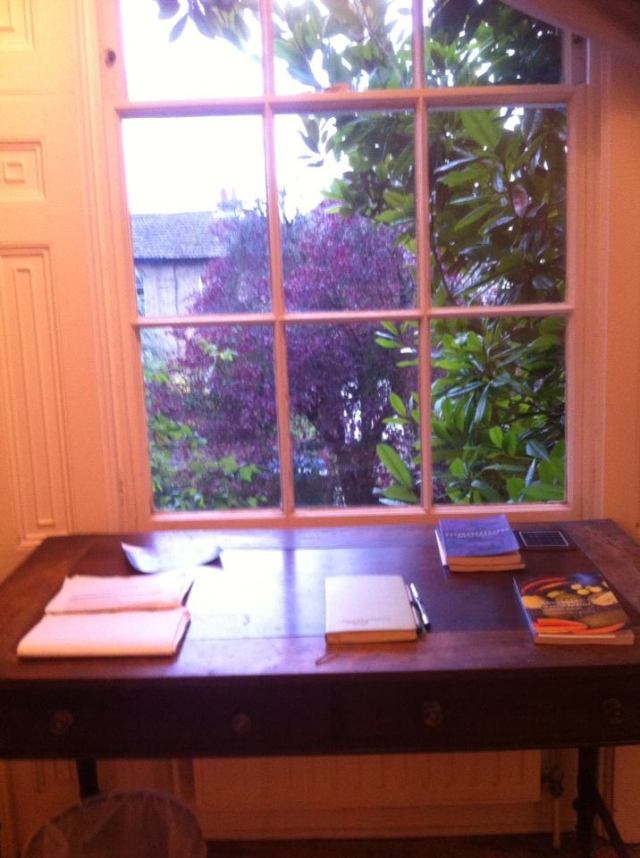 Writer Ellen McAteer is founder of Tell It Slant poetry bookshop in Glasgow, and a visiting lecturer at the Glasgow School of Art. She was a mentee of the Clydebuilt Verse Apprenticeship Scheme, under Alexander Hutchison, and a singer with the band Stone Tape, as well as a solo singer who won a BBC Radio competition with her song Blue Valentine. She was Director of the Poetry Trust, which ran the Aldeburgh Poetry Festival, a director of the Scottish Writers’ Centre, a visiting lecturer at Oxford University's MSt in creative writing, and a member of the core group of performers at the Hammer and Tongue spoken word collective in Oxford. She is a qualified Librarian.
View all posts by Pedalling Poetry →
This entry was posted in Uncategorized. Bookmark the permalink.

3 Responses to “I hear those voices that will not be drowned” – Aldeburgh Poetry Festival.