Posted on September 11, 2019 by Pedalling Poetry 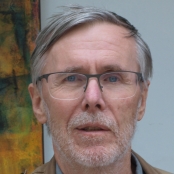 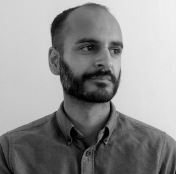 ‘The Ghost of Molly Leigh Pleads, Yes Cries for Exemplaire Justice Against The Arbitrary, Un-exampled Injustice of Her Accusers’

Winners will be published in the Autumn issue of Poetry London, and on 23 October Judge Sasha Dugdale will present the Poetry London Clore Prize at Kings Place in Kings Cross N1, with readings from the prizewinners. More details and judge’s report at: http://poetrylondon.co.uk/.

Roger Bloor is a retired consultant psychiatrist, currently a student on the MA in Poetry Writing from Newcastle University studying at the Poetry School in London. He has been published in Magma, The Hippocrates Prize Anthology 2017 and 2019, Affect Publications StillBorn and several anthologies. His pamphlet A Less Clear Dream was shortlisted for the Arnold Bennett Book Prize 2018, and his poetry book Aldgedeslegh was shortlisted for the Arnold Bennett Book Prize 2019. He is Poet in Residence 2018/19 at the historic award winning Trentham Gardens in Staffordshire.

Amaan Hyder‘s first collection of poems is At Hajj (Penned in the Margins, 2017). His pamphlet when it is beyond was shortlisted in The Rialto Open Pamphlet Competition 2018.

Anita Pati was born and raised in the North West of England but now lives in London. She has won the Wasafiri Prize for Poetry and most recently was a winner of the inaugural Women Poets’ Prize. Her forthcoming pamphlet is Dodo Provocateur, published by The Rialto later this year.

Catherine Higgins-Moore is a Northern Irish writer based in New York. She was commended in BBC’s International Playwriting Award 2018 is nominated for the inaugural Harper Collins Comedy Women in Print Prize. She writes for The Times Literary Supplement and is founding editor of The Irish Literary Review. Her poetry collection Strange Roof was published by Finishing Line Press in the United States as part of their New Women’s Voices Series. Catherine is a journalist who has worked in the newsrooms of BBC Oxford and BBC Belfast.

Nicholas Murray is a biographer and poet living in the Welsh Marches where he runs the award-winning poetry pamphlet press Rack Press. He won the Basil Bunting Prize in 2015. His new collection The Yellow Wheelbarrow will be published later this year by Melos and he is the author of the hard-hitting pamphlet-length verse satire A Dog’s Brexit. His most recent collection is The Museum of Truth.

Writer Ellen McAteer is founder of Tell It Slant poetry bookshop in Glasgow, General Manager at Poetry London magazine. She was a visiting lecturer at the Glasgow School of Art, and a mentee of the Clydebuilt Verse Apprenticeship Scheme, under Alexander Hutchison, and a singer with the band Stone Tape, as well as a solo singer who won a BBC Radio competition with her song Blue Valentine. She was Director of the Poetry Trust, which ran the Aldeburgh Poetry Festival, a director of the Scottish Writers’ Centre, a visiting lecturer at Oxford University's MSt in creative writing, and a member of the core group of performers at the Hammer and Tongue spoken word collective in Oxford. She is a qualified Librarian.
View all posts by Pedalling Poetry →
This entry was posted in Uncategorized. Bookmark the permalink.